“I had suffered a traumatic loss and was left feeling/acting complete apathy and lethargic towards daily life. Motivation level zero, happiness zero”.

Renata knew she had to change. Scroll down and read her fantastic results 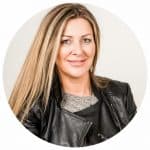 Hi, I’m Ashley. I’ve had great success empowering many people to overcome past events, change inner-thoughts and decisions that have held them back and led them to embrace a positive way of life that they feel in control of.

My 3C’s 6 week program will clean up your past, enable you to communicate effectively to yourself and others, as well as gain clarity on designing your perfect future.

“Reborn is the word I would choose.
Before meeting Ashley, I had been spiralling, ever faster, downwards until I had finally hit rock bottom…. hard. That descent had seen me engaging in behaviours that were so utterly the opposite of who I thought I should be. I was a mess of guilt and shame. Having reached the very bottom, I found the strength to pick myself up and just as importantly, the courage to ask for help.
I had resisted counselling for so long as I did not wish to talk about all the things I believed I already understood. What I really needed was to understand how to move forward from the past. How to be the best version of myself”.

I have for a number of years suffered low self-confidence with work, social life and relationships.  Earlier this year during a discussion with my Boss, he recommended Ashley to help me improve my confidence issues.  I enquired via the DRME website and Ashley contacted me within a few hours to arrange an initial meeting. 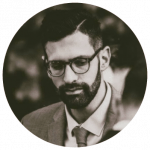 “Before my tailor made 3C’s course with Ashley I was in a state of dismay. Theoretically my life is pretty much how I’d dreamt it to be, however I felt an inability to engage in NOW & FUTURE thinking & I didn’t feel fulfilled by situations or events, which should by all accounts be thoroughly exciting.

I was partying a little too much, had no drive & lacked zest for life. I held on to guilt & anger from past relationships & was still in mourning after some close friends had died”.

Suzanne wanted a different future for herself. Scroll down to find out about her amazing transformation

Are past events hampering your future?

Does your inner-voice make you feel depressed or anxious?

Is self-doubt holding you back?

Is life just happening to you?

In no time at all, you'll have all the tools you need to dramatically shift the focus of your life 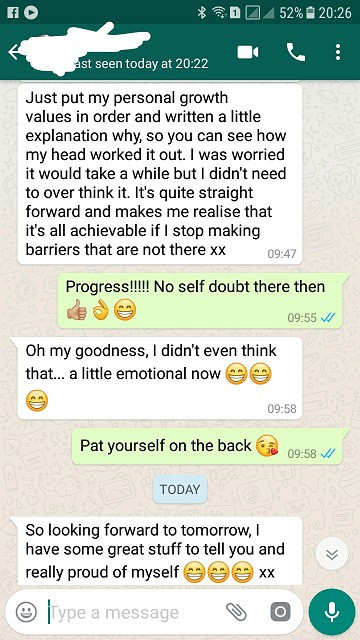 This was after just one session, working on 'self-doubt'...

During this programme, you will:

Transform your inner-voice to give you unshakeable self-belief

Make self-doubt a thing of the past

Discover your purpose and acquire motivation, clarity and lasor-sharp focus

“Lightbulb moments are an incredible thing. I had, for so many years, believed I understood the cause of all of my hang-ups, my obsessions, and my anxieties but I had not looked back far enough. As we embarked on a journey back the instant that the moment hit was beyond profound. A WTF moment to beat all WTF moments. That little boy staring back at me. My younger self connecting with me in complete understanding of each other. To know oneself is an extraordinary thing indeed and for that I cannot thank Ashley enough”

“My experience of having a session with Ashley was comfortable, expressive, simple for me to release stuff and I was left with a feeling of inner peace, love and harmony. Ashley has an ability to make you feel totally at ease and has you see the wonder in yourself. Would highly recommend her”

How it works - 3 simple steps to get started

3. I will confirm a start date

“After a session with who I now like to call ‘The Kickarse Coach’ Ashley, my emotions are stable and uplifted. I feel positive about my future and if I feel a wobble, I have tips and exercises to use.

Utterly fantastic, feel a renewed focused, hopeful and present. Ashley has a wonderful nature and vibe, great tone of voice making you comfortable and at ease in meditation.

You gave me the kick up the arse I truly needed. Thank you for helping me re-map my way of thinking. You are a life saver and a life choice changer”.

At this meeting, upon entering the door and meeting Ashley   I was immediately hit with positive vibes – this lady literally breathes positivity and it bounces onto her Clients.  Throughout the 6 weeks, Ashley used a number of techniques to help me improve my confidence levels.  Not going to lie, some were difficult to grasp but Ashley easily used alternative methods to get her point across.

I would thoroughly recommend Ashley to all my friends, colleagues and others who may have similar issues to me – she will help you to improve your personality and ultimately be a better person in work, social situations and relationships.  This process takes effort but if you are willing to put the work in then it will be worth it in the end and you will leave with positivity beaming from the inside.  Thank you Ashley!

“I’m currently travelling in Spain, so throughout the course Ashley & I video-called via WhatsApp. During our sessions I gained trust in my own instincts & l learnt to love myself again & now with the confidence I’ve gained I feel able to move forwards with my career & future life-plan.
I now know which areas of my life need attention & I’m working daily towards new goals & a healthier body & mind!

Ash has taught me some valuable life-skills, helped me to heal some deep scars & given me the tools to deal with life in a constructive, logical & calm way. I now feel able to move forwards with my aspirations & allow myself to experience all the joy that life can bring.
Thankyou so much! Xx”…

“Ashley has been my guide on this journey I have undertaken. The conversations we have had and the skills and techniques she has taught me have kickstarted a complete paradigm shift within me.
I cannot begin to describe the difference between what once was and the person that I always wanted to be – the person I am becoming. Over the course of six sessions with Ashley there were several revelatory moments – it has felt like a series of switches have been flipped. I had spent so long viewing myself in a cracked mirror that my world view was off kilter. Ashley’s guidance has allowed me to fix that mirror. The person I now see in that mirror is me. The real me. And, as a result, everything else I see is a projection of how I feel. Positive.
Reborn is the right word.”

Imagine the turnaround in your life with results like these?